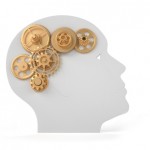 Originally from Quebec City South Shore, I attended University Laval for several years. During this time, I undertook a range of contracts as a freelance journalist for various publications (including the magazines Atout Micro, Filles d’Aujourd’hui, Maison et Jardins, and the cultural weekly Voir). In the same period, I was also a terminology research assistant for the Observatoire de néologie du Québec. I received the “Rookie of the Year” title from the translation firm where I was working at the time, known for its highly selective hiring procedures.

Today as a Certified Translator with two university degrees – one in International Studies and another in Translation – I am self-employed and based in Quebec City, Quebec.